Just like walking our streets, receiving care during pregnancy, labor, and during your postpartum period should be a safe experience. Yet both hold risk if you are a Black or Indigenous Woman of Color (BIPOC) in America. Birth equity is an enormous problem in this country, and yet still goes largely unnoticed, as do so many of the issues facing the BIPOC community.

We want to help educate our community, and others, on this maternal health crisis.

First, it is important to look at the reality of what women of color are facing when they become pregnant in America. Some of the most shocking statistics include:

(All data taken from the CDC’s 2019 Press Release: Racial and Ethnic Disparities Continue in Pregnancy-Related Deaths.)

In short, when controlling for every other factor including socioeconomic background, age, educational level, and other risk factors, it is being a Black or Indigenous person of color that most puts a woman in danger of pregnancy-related death. (The CDC defines a pregnancy-related death “as the death of a woman during pregnancy or within one year of the end of pregnancy from a pregnancy complication; a chain of events initiated by pregnancy; or the aggravation of an unrelated condition by the physiologic effects of pregnancy.”)

How can a woman’s skin color put her at such a high risk? Let’s take a look at the causes of the birth equity disparity in America.

The risks that a Black or Indigenous woman faces do not begin with her pregnancy or with the birth itself. Quite to the contrary, it is the lack of attention given to diagnose and treat many illnesses that put a woman of color at risk well before she becomes pregnant.

While access to insurance and thus medical care is a larger issue for Black and Indigenous women, the larger issue is racism within the medical industry. Women of color are more likely to have their symptoms ignored or not properly investigated. In the article, Nothing Protects Black Women From Dying in Pregnancy and Birth, published last week by ProPublica, several instances of a missed opportunity for prevention due to racial bias were given. In one case, a pregnant woman with fluid in her lungs was provided the explanation that her symptoms were due to obesity. In many other cases, Black women complaining of pain were dismissed by their medical provider as being difficult and their ailments went unaddressed.

The woman at the center of the story, Shalon Irving, had several treatable health conditions that failed to be properly acknowledged. A medical researcher herself, she was unaware of the danger she was in. She died three weeks after giving birth to her first child.

Black and Indigenous women are also more likely to have less access to insurance and thus receive less routine medical care leading up to their pregnancies and are less likely to seek out adequate care. 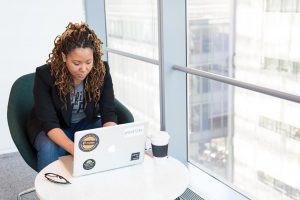 Many academics, scientists, and medical researchers have begun to look at the impact that being Black in America has on an individual’s physical health. The results are shocking. Besides the generally known impacts that constant stress has on health such as back pain, weight gain, lack of sleep, and high blood pressure, it is now understood that it raises the potential for a woman to experience pregnancy-related complications. Most startling: Black women are 49% more likely to deliver prematurely than white women. This too takes into account other factors such as income and education.

Of the entire United States, the rates for premature deliveries are the highest in three southern states; Louisiana, Mississippi, and Alabama. All states have populations with a larger number of African Americans than the neighboring states (March of Dimes Premature Birth Report Card).

bias or lack of health care, an even larger problem presents itself.

“Weathering” is a term now being used by medical researchers to describe the impact that constant stress can have on the body. The same ProPublica article quoted researcher Arline Geronimus as saying that it “causes a lot of different health vulnerabilities and increases susceptibility to infection but also early onset of chronic diseases, in particular, hypertension and diabetes.” These are all health conditions that impact Black women at much higher rates than white women, and earlier in life. When combined with pregnancy, it presents a significant increase in risk. When the conditions go undiagnosed due to

The risk that women of color face during pregnancy does not end with the arrival of the baby. The underlying health concerns that many of them carry with them during their pregnancies mean that postpartum care is absolutely essential.

The American College of Obstetricians and Gynecologists suggests that a woman should be seen within three weeks of giving birth and then again within twelve weeks. This poses an issue for women with barriers to medical insurance, including those on Medicaid, which currently ends 60 days after birth.

Once again, racism in the medical industry comes into play during the postpartum months. Not only is there the failure to recognize and diagnose complications that occur, Black and Indigenous women often fail to receive the same medical advice as white women.

One of the factors in the life of a Black woman that leads to constant high stress is operating in a world feeling isolated and set apart from others. This can be caused simply by being the only person of color in a workplace, public space, or geographical community. Black and Native American women also face this alienation when seeking medical care.

African Americans make up only 5% of active physicians and Native American or Alaskan Natives only .3%. The numbers are similar among OBGYNs specifically. Considering the pervasive problem of Black and Indigenous women reporting being ignored, misunderstood, or mistreated by medical staff, the issue of diversity in healthcare is a serious structural issue affecting birth equity.

The situation Black and Indigenous women of color are facing when growing their families is a dire one. Race and birth equity is also something that more physicians, researchers, birth professionals, and advocates are starting to give notice to. We know that it is an issue that our community is deeply concerned about and we have put together some resources for learning more and becoming a part of the solution.

Expanding coverage, options, and access to appropriate healthcare during an entire lifetime will go far in improving the health and lengthening the lives of Black and Indigenous Women of Color. As we prepare to vote later in the year, this will be an important way to hold our elected officials accountable. Visit the Moms Rising Health Care Campaigns page to see what is happening in your state in regards to expanding health insurance and where attention needs to be given.

It is well known that positive support during birth leads to better outcomes. Some outcomes important to this conversation include lower C-section rates, lower rates of postpartum depression, and a lower chance for pre-term birth. However, many health insurance plans, including Medicaid, offer minimal reimbursements to doulas (a NYC test program offered $600 compared to the $1200 average). And while reimbursements for midwives is available, the strict regulations placed on an attending midwife mean that many women will choose to not use them, and some midwives opt-out.

In 2013 an Oregon bill was passed that allowed for certified doulas to be given full reimbursement by Medicaid. Other birth equity initiatives are being formed on the state level to allow the same increased access to this important support.

Get involved: sponsor a midwife of color or donate to their scholarship fund

The Birth Workers of Color Scholarship initiative is run by Mercy in Action School of Midwifery and seeks to ensure that every midwifery school in the nation has a scholarship fund for students of color. Read about their program here and consider providing a donation of your own.

Get involved: Find out what is going on in your state

Last week, the Massachusetts House of Representatives began moving on a bill that will study birth equity and seek to eliminate structural racism in the state’s medical establishment. In a statement about the bill, they said: “This bill will help determine the causes of increased maternal mortality among women of color in Massachusetts and provide concrete policy recommendations for how to ensure that all women are treated equitably by our healthcare system.”

This is a powerful and crucial time to make your voice heard in our democratic system. Help find a solution to this injustice by seeing if your state is taking similar action. If they are not, ask your representatives why.

Get involved: Get educated and don’t deny the problem

The more attention that is given to the Black Lives Matter movement and to the crisis facing women of color in this country, the more likely things will change. Read up on the issue. Talk to others about it. Post on social media. Don’t let it go away and don’t forget.

A few resources to learn about birth equity:

Podcast: Natal: Having a Baby While Black in the United States

Can I fly while pregnant?