Holly is the absolute pride and joy of her parents, Tiffany and Fred, who went through countless fertility treatments in order to conceive their healthy baby girl.  Holly’s mama received her first Chiropractic adjustment at the end of her pregnancy due to breech positioning. However, Holly did not turn head down into the vertex position; therefore, she entered the world via Caesarean section on July 7, 2015.

Holly was five weeks old when her mother brought her in for Chiropractic care.  From the very beginning, Tiffany noticed that Holly favored looking in one direction and did not appear to have full range of motion of her neck.  There were also challenges with nursing. Holly would frequently pull off the nipple and cry in frustration as well as not get enough milk during the feedings.

Tiffany had undertaken the arduous task of exclusively pumping and supplementing the expressed breast milk with formula.  As an educated mama, Tiffany was committed to providing breast milk for her baby, however, her entire life revolved around pumping and feeding; she was exhausted.

When Tiffany came into the office after the birth to get her spine check for misalignments (called subluxations), she shared with me her nursing challenges.  I immediately suggested she bring in her baby to also get checked for subluxations due to potential strain from in-utero positioning and from the surgical birth.  Tiffany agreed to give it a try after I explained the gentleness of a newborn adjustment and also the effectiveness for removing interference to the nervous system, allowing the body to function at an optimal level.

A couple days later, Holly lay on a pillow in my office while I calmly felt the alignment at the top of her neck as well as her jaw and cranial bones.  Once I detected the subtle misalignments that could contribute to latching issues, my skilled hands delicately went to work to correct the positions. When I finished Holly’s adjustment, I handed her over to her mama and suggested that she attempt to nurse when she got home from the appointment.  Tiffany lifted an eyebrow with some doubt, but agreed she would give it a try.

This is the email I received the next day:

I wanted to tell you…Holly latched on after I got home and took your advice to try breastfeeding after you had adjusted her!  Thank you so much for working your magic!

I adjusted Holly weekly for a couple weeks afterwards to help maintain her correct alignment; yet she has not had any other issues with her latch since the first adjustment.  I am honored to be able to serve the mothers and babies in my practice as such a deep, intimate level. 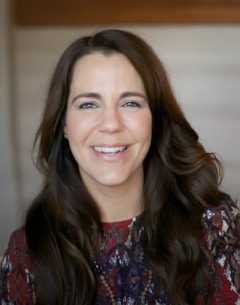 Dr. Laura Brayton  has  been in practice for 16 years. What she loves most about her practice is the opportunity and privilege to greatly impact a child’s overall health from the very beginning of life and actually prevent many common issues as the child develops and grows from a place of alignment.

One thing she wishes all parents would know is that Structure = Function.  If your child’s spine and cranium are misaligned from in utero positioning, birth strain, and even normal milestone development (like falling while learning to walk), their body will grow based on those misalignment which negatively impact the function of the nervous system and therefore, every other part of the body.  If you are looking for preventative wellness health care for your child, pediatric chiropractic is a must!

Dr. Laura Brayton is a graduate of the University of North Carolina at Chapel Hill. She holds a Doctor of Chiropractic degree from the New York Chiropractic College.  In addition, Dr. Brayton is certified in Chiropractic Pediatrics, Webster Technique (for breech presentation), SacroOccipital Technique, Craniopahty and is an advanced level practitioner of Nambudripad’s Allergy Elimination Technique (NAET).

Dr. Brayton created Hoboken Chiropractic + Wellness in 2005 to support the health and happiness of families in her community. She was chosen by New Jersey Family magazine as one of “NJ’s Favorite Kids’ Docs” in 2010-2018.

Her passion to inspire optimal health in the community-especially the birth community -launched the Brayton Birth Method.  This is available for all women looking to unlock their innate intelligence for an empowered, natural birth.

As an advocate for preventative care and family wellness in the urban community, Dr. Olga Alvarez was recognized at the Women that Transcend Global Conference by Hand Foundation NJ and the New Jersey Senate.

Hoboken Chiropractic + Wellness resonates with her mission of providing integrative, holistic care to families. Preventative health begins with the family, and the family is the core for our community.

Dr. Alvarez is a graduate of Drew University with a Bachelor of Arts in Biology and Music. She furthered her education at New York Chiropractic College with a Doctorate of Chiropractic and is certified in Whole Food Nutrition, Aromatouch Technique and Webster Technique (for breech presentation). She is also certified in the Sacro Occipital Technique and completed advanced certification in craniopathy. In addition, she has received training in yoga for postural correction and instrument assisted soft tissue mobilization. Dr. Alvarez was chosen by New Jersey Family magazine as one of “NJ’s Favorite Kids’ Docs” in 2018.