For many, becoming a mother is a huge identity shift. We don’t often hear the good stories, and the word “postpartum” is frequently associated with some kind of loss or crisis. We hear phrases like “Motherhood identity crisis,” “Motherhood identity shift,” Motherhood identity loss.” However, with a little thoughtful preparation and honest discussion, it can be a transition with reasonable expectations and optimal outcomes. We interviewed Meredith, who shared her story on navigating the shift.

How has parenthood changed you? How did your personal identity change as a new parent?

The massive identify shift that comes with parenthood hit me all at once and at the same time, over time.

Very much against what I had hoped for, I had a c-section. So, the physical and emotional pain that came with that recovery AND BREASTFEEDING (which was also very painful for me) and the exhaustion (at a level I never understood before) hit me all at once.

Throughout all of this, the desire to just give and love this little tiny human, was a profound shift. Motherhood is true selflessness and I had just never known that I had that in me until motherhood.  I was totally physically wrecked and emotionally had moments of questioning, if I could do this…And then moments of hating myself for feeling that way. I did a lot of work physically and mentally to get through that, in large part thanks to the support of my husband and friends, and felt proud, strong, and more accomplished than ever. But I was utterly confused as to who I was. I was struggling with having any desire to go back to work, but I also found mothering HARD. It was a state of in-between I didn’t know what to do with.

I was so used to finding accomplishment and validating through work that it was a profound shift to allow myself to feel proud of just surviving those first three months and realizing accomplishment as a mother can look so different than anything else we have known.

Having had children later in your career, how has that impacted your professional identity and work relationships?

Since so much of who I was, for so long, has been tied up in my profession, or growing in my yoga practice (I’ve credit yoga with surviving all things) I truly didn’t know how to allow myself to be proud of mothering and here I was, someone who (shamefully) rolled their eyes at my friends who in their 20’s only wanted to get married and have kids, now only wanted to focus on my marriage and being a mother. It was wildly confusing.  I really didn’t know who I was professionally anymore, or what I wanted. It took me about a year after having my son to start to figure that out and get comfortable with it.

As far as my work relationships, I am just in awe of my friends at work who are mothers. I have two very close friends who I’ve worked with for years and while I always loved them, I never realized just how incredible they are to do the jobs they do and be such wonderful mothers and partners to their spouses. I have so much more respect for women in the workplace now.   It’s just a different dimension of admiration!

Who in your community helped you make decisions to support your new identity and values? How did they support you and guide you?

I am lucky enough to have worked at an organization that is mostly women and have close colleagues in all stages of life —  so I have role models of every different kind – some of which I wanted to emulate, and some who, while I respect so deeply, I know their version of work and motherhood would not work for me.  Having those examples to take a look at were so helpful – even though I was shocked at who I wanted to be like and who I didn’t.  I so appreciate the honest conversations many of these women had with me about what they regretted and what they didn’t about working with kids.

However, at the end of the day, my husband was really the one who created the space for me to morph. He was able to see more clearly what I wanted more than me. I was really fearful that this new identity wouldn’t be as appealing to him as who he fell in love with, since I knew my work drive was a big part of that, but he also shifted with parenthood and both of us felt just an extreme draw to be more present at home. My husband’s support and how he articulated and showed his love for me no matter who I wanted to become and how I wanted to approach motherhood is something I value in him more than I can say.

What does a really balanced day and week look like for you? What do you have to let go of in order to allow balance in your life?

I’ve made a big change to leave my full-time leadership position and start my own consulting business. This was terrifying for so many reasons: financially, emotionally, and just from an identity perspective going from leading a team of 30 people to pitching for new business and doing 100% of the work on my own. I am someone who feels I am much better collaborating with others  — so even though I had proven so much to myself in my career, I had tremendous self-doubt surrounding this transition. At the same time, it was incredibly clear to me my current role just didn’t fit with the balance I wanted to create in my life. I wanted more flexibility, and when I was away from my family, I wanted to make sure I was truly engaged and inspired by the work I was doing and that meant taking on this new challenge.

I went from having days packed with important meetings for me, that drove an enormous amount of self-worth, validation, and baked in productivity, to a place where I was creating my own schedule, and generating all of my work on my own. I had to let go of any ego I had, but also hold on hard to my confidence. I had to push myself harder to be productive while also expanding my definition of what productivity meant.

I now have time to take a walk at noon with my son and just sit the park with him for an early dinner, and show him the flowers, push him on the swings, see his face light up when he passes a puppy. I wouldn’t trade those moments of just being for anything.  It is in those moments that I’ve gotten to know my son’s personality on an entirely new level and that is the by far the most productive thing, for me, I could do on a Tuesday late afternoon.

It took me a while to feel ok, proud, and productive to do that on a Tuesday.  I used to feel like I should be hustling, that I should be doing more for my business. But I realize the balance is now what motivates to hustle within the time that’s right for me. It’ just not 100% of the time anymore, but when I do it, I’m more fulfilled and motivated to do so because it doesn’t feel like a sacrifice. 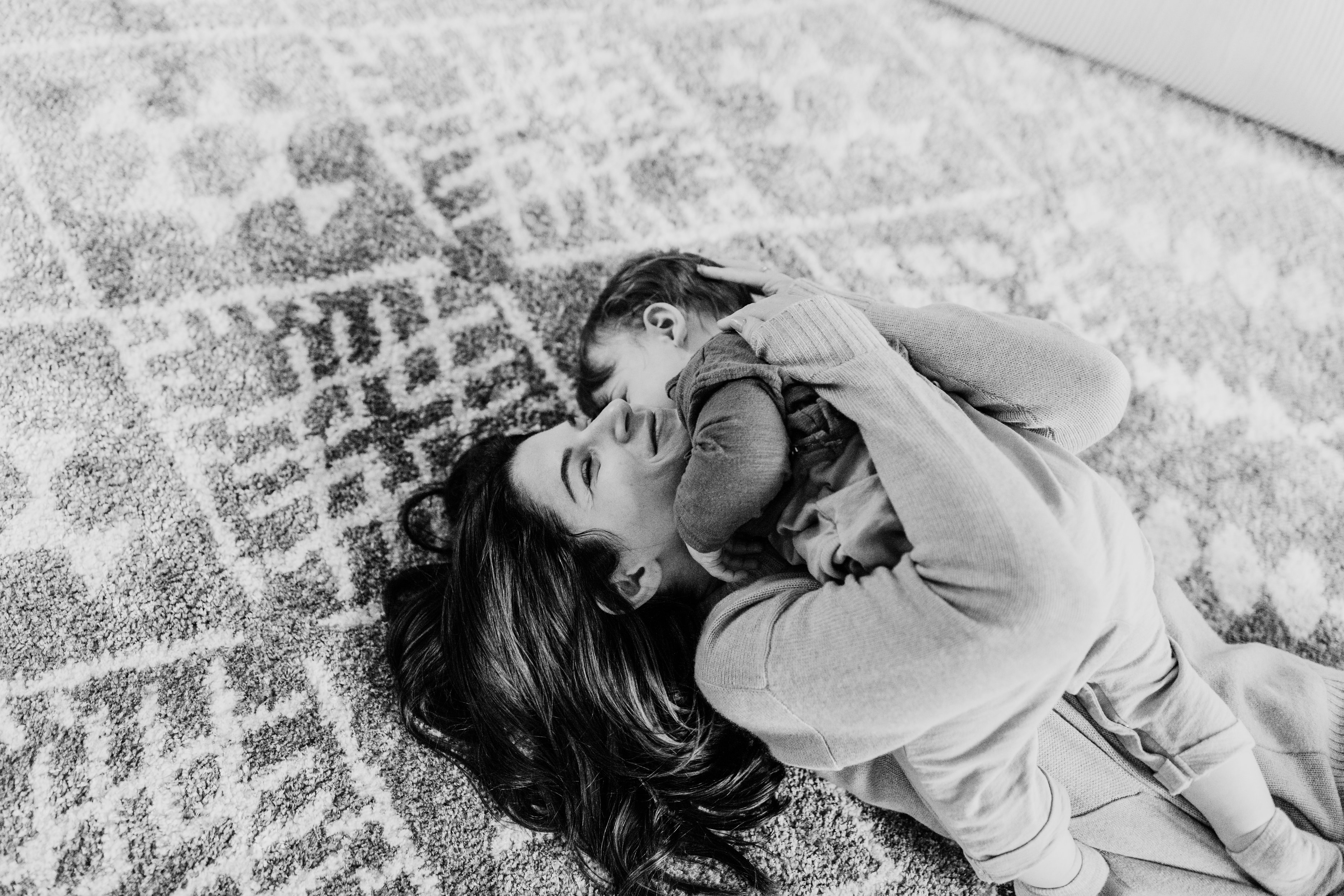 Meredith Burns has spent the past decade honing her production and marketing skills across media types and industries, ensuring she has a command of both the creative and the business. She received her MBA in 2008 from the University of Chicago’s Booth School of Business, worked at Diageo as a brand manager for global brands Smirnoff & Captain Morgan, and was a fashion & entertainment TV news producer for WSVN in Miami, Florida.

For the past 7 years, Meredith worked for Eva Moskowitz, CEO & Founder of  Success Academy Charter Schools where she sat on the executive leadership team as Senior Managing Director, Marketing. In this role, she helped scale the organization from 7 to 45 schools and built a team of 30 marketers and producers to advance the organization’s brand in the public sphere. (Success is the highest performing charter network in NYC serving over 17,000 kids). Meredith now works full time producing great stories:  documentaries, Broadway shows, and consults with organizations to define & amplify their narrative through her LLC, Fort View Productions.  Meredith resides with her husband, Eric, and son, Graham, and Baby #2 on the way, in Brooklyn. NY.

Postpartum depression and anxiety diagnosis and my personal recovery

The importance of proper alignment for breastfeeding

Baby sleep: How a sleep coach can help